Why are most consumer marketers still segmenting by generation and focusing nearly all of their resources at the 18 to 34 year-old demographic? I am not aware of a solid answer for this phenomenon, except that these marketers are simply not as savvy as they ought to be on the potential of the older consumer.

The fact is that despite Millennials now being the largest generation (yes, larger than Baby Boomers), it’s theGen Xers (those born between 1965 and 1980) who spend the most money, according to the U.S. Bureau of Labor Statistics (BLS). Yes, Xers spend more on housing, clothing, dining out, entertainment, and food at home—to the tune of nearly $67,000 per year. The next cohort of big spenders is—you guessed it—Baby Boomers (at $59,646). This BLS video explains in more detail how Millennials spend compared with other generations.

A recent article in The Telegraph examines how middle-aged women today are still saddled by stereotypes that have them wearing frumpy dresses, elasticized jeans, and “old-lady” comfort shoes, despite evidence to the contrary. According to a survey of women conducted by the British newspaper, 84 percent of respondents used “products and services they felt were aimed at younger women.” What’s more, 90 percent consider themselves to have a much younger attitude than their own mother’s generation at the same age.

And yet, marketers continue to zero in on Millennials “despite the greater financial firepower of 40-plussers,” the article notes. “We know that 85 percent of purchasing decisions are made by women and yet 91 percent of women don’t believe advertisers understand them. This isn’t good enough,” Rebecca Rhodes, cofounder of marketing agency SuperHuman, told the The Telegraph.

Gina Pell, a self-described “early internet entrepreneur who built a cult brand” (according to her LinkedIn page), recently coined the term “perennial” to explain why marketers should stop targeting and stereotyping people based on their age: “we are ever-blooming, relevant people of all ages who live in the present time, know what’s happening in the world, stay current with technology, and have friends of all ages,” she said in her blog post. 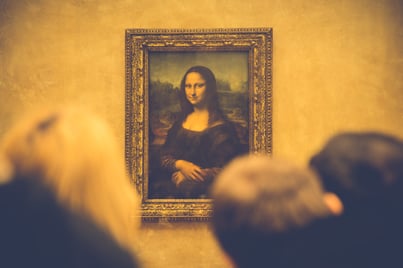 There are several takeaways here for anyone selling, providing, or promoting services or products in this space. If you aren’t considering Baby Boomers and Gen Xers, you may want to rethink your strategy. If you’re already targeting these consumers, get to know them better! To begin with, none of the generations are made up of homogenous people. This may make it trickier to know what they want, but one thing is for sure, “middle-aged” women don’t want to be pigeonholed into ageist stereotypes (this previous post contains more details and insights about the generations and the longevity economy).

Whatever the product, solution, or service you offer, Quantum Age Collaborative is here to help you create innovative and unique solutions that tap into the longevity economy to meet consumer demands in new and relevant ways.

If you want candid feedback from experts in the senior living field, contact Quantum Age today.

END_OF_DOCUMENT_TOKEN_TO_BE_REPLACED

Hung on the door of Bill Clinton’s Little Rock headquarters and originally meant as some levity for fellow campaign workers, campaign strategist James Carville made the phrase, “The economy, stupid,” a battle cry for the 1992 Clinton presidential campaign that still resonates today. 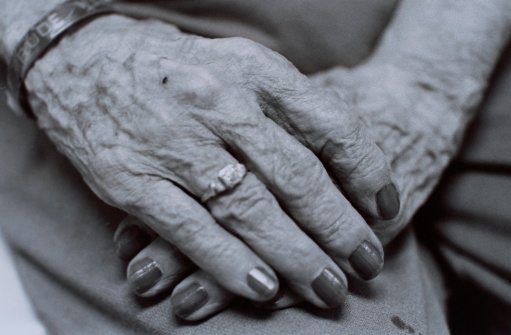 Reasons often cited for the current stagnant economy of the United States include debt hangover from the housing bubble, a slowdown of new technologies, and government over-regulation. A recent academic study from the National Bureau of Economic Research provides another explanation for the country’s lagging economic growth: an aging population.

“The fraction of the United States population age 60 and older will increase by 21 percent between 2010 and 2020,” says the study, which was coauthored by economists Nicole Maestas of Harvard Medical School and Kathleen Mullen and David Powell of the Rand Corp., a public policy think tank. “Our results imply that [Gross Domestic Product or GDP] growth will slow to 0.68% this decade and 1.28% next decade.”

A recent Washington Post article explained that from the 1950s to 2007, the U.S. GDP grew to about 3 percent per year. Since 2010, however, annual growth has averaged about 2 percent. Adding the paper’s dismal prediction of 1.2 percent annual growth lost to aging would keep the GDP at roughly 3 percent.

The rise of the U.S. population aging today is the result of a decline in the birth rate in the 1960s, which marked the end of the Baby Boom era, and the long-running decline in mortality rates. While it is becoming widely recognized (as highlighted in a previous blog) that Baby Boomers are a consumer force to be reckoned with, the new study paints a gloomier picture. Using 1980, 1990, and 2000 Census data and 2009-2011 American Community Surveys from the Census bureau to compare U.S. states with fast- and slow-growing populations, this study finds that states with the fastest increases in the elderly had the poorest economic performances.

The paper suggests that only one-third of the economic slowdown can be attributed to slower labor force growth. Curiously, the remaining two-thirds is due to reduced worker productivity—workers young and old have become less efficient. However, no clear reason is given for the latter finding. The paper postulates that the best workers may be leaving the workforce, despite other studies claiming that the most skilled older workers stay in their jobs longer.

Aging populations in other countries have produced similar results. Take, for instance, Japan, which has the highest percentage of people age 60 and older (35 percent), according to the United Nations. The aging of the Japanese population is due to its low fertility rate (about 1.4 children born to each woman) as well as its highest life expectancy (87 for women, 80 for men). In 2014, sales of adult diapers surpassed those of baby diapers. The country's economy is currently at a tailspin, with a GDP of 1.4 percent.

East Asian countries, such as China and South Korea are following suit. A recent World Bank report predicted that shrinking labor forces in these two countries will increase health and pension spending, as well as wreak havoc on their respective annual economies.

Europe’s economy is also not immune. A similar labor shortage caused by an increasing aging population in Austria, Germany, Greece, Italy, Spain, and Sweden will depress the E.U.’s annual growth by 0.4 percentage points from 2000 to 2025, states a study from the Organisation for Economic Cooperation and Development.

The World Economic Forum’s Global Agenda Council on Ageing predicts that over the next four decades, “rapid ageing of populations will be one of the most powerful transformative forces affecting society … This will have a significant impact in areas such as social welfare, public health and economic prosperity.”

As if it hasn’t been said enough—the aging of our population will have a momentous affect on all aspects of society. What’s more, aging guru Ken Dychtwald, PhD, may disagree with these studies’ conclusions, as a previous post in this space indicates.

Whatever the future holds, it’s important to be aware that an aging population will create a longevity economy that has the potential to be a tremendous asset to our society.