The Dollars and Sense of the Business of Aging

In 2014, L’Oreal made a bold move in the ever-youthful beauty industry. The cosmetics company launched a splashy new line of anti-aging products and hired Diane Keaton, then 68, as the spokeswoman. L’Oreal realized that older women were an underserved market with money to spend. 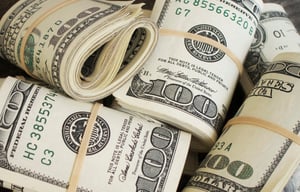 and are forcing companies to rethink aging from both a customer and workforce perspective, according to “Turning Silver into Gold: The Business of Aging,” a report produced by the Milken Institute as part of the 2017 Summit on Business and the Future of Aging.

Seen by some as the world’s most compelling business opportunity, the 60-plus population will double to more than 2 billion by 2050. Seniors bring highly desired disposable income and growing needs as customers while offering experience, wisdom and institutional knowledge as employees. The fastest-growing demographic is unrivaled both by what it has—and has to offer. Now, it’s up to companies to realize the lucrative opportunity at their doorstep.

But to capture these emerging markets, businesses need to imagine a new future of aging. “How can we rewire, not retire? Reboot not retread? Turn recreation in to re-creation? The business sector can play a key role—and provide important leadership—in all of these areas,” notes Peter Mullin, chair of the M Center of Excellence, quoted in the report.

Businesses need to understand how today’s seniors differ from previous generations, and their willingness to learn can impact the bottom line. Older adults are a human capital resource pool that can contribute as entrepreneurs, employees, mentors and leaders. They can also train the next generation of workers, thereby helping to avoid a brain drain that would be detrimental to the economy.

The business community must embrace the undervalued and underutilized talents of older workers to realize “opportunities too compelling to ignore,” the report warns.

Consider this: baby boomers account for half of all consumer packaged-goods dollars, but marketing tends to stop courting customers at the “cutoff” age of 49. “(But) older adults are “the most marketing friendly generation in U.S. history,” notes market research company Nielsen, quoted in the report. “They are healthy and growing, not broken and dying.”

Campaigns that target boomers are twice as likely to be successful as those targeting millennials, according to University of Michigan researchers. While younger generations are merely liking and sharing on social media, boomers are buying.

Other highlights from the Milken Institute report show the global power of the silver wallet:

Current trends suggest it will become increasingly unusual for retirees to leave the workforce altogether. That’s a boon to companies facing a brain drain as their most experienced and knowledgeable workers retire. And, recent research bolsters the argument for older workers by disproving the stereotype that productivity declines with age.

Older adults who remain working beyond age 55 are having significant and wide-ranging impacts on the U.S. workforce already, the Milken Institute report emphasizes:

The times are changing, and businesses have to change right along with them, the report urges. Embrace the promise and possibilities of an older workforce and develop policies and practices that reflect changing demographics for both customers and employees. Changes today will positively influence profits and position companies for a more diverse and prosperous longevity economy.

As Michael Hodin, CEO of the Global Coalition on Aging, notes in the report, “We know that over half of workers report they want to work longer and differently, which tells us the megatrend of the aging of society is beginning to have huge impact on 21st century life. The question remains: are institutions of society, including employers, ready to deal with these transformative changes?”

If you want a focused approach to staying relevant in the longevity economy, facilitated by experts in the senior living field, contact Quantum Age today.

END_OF_DOCUMENT_TOKEN_TO_BE_REPLACED

Will you live to be 100? I am on the fence about wanting to live that long, unless I can be pretty sure I’ll be relatively healthy for the duration. Health span and longevity are the golden tickets in aging research, 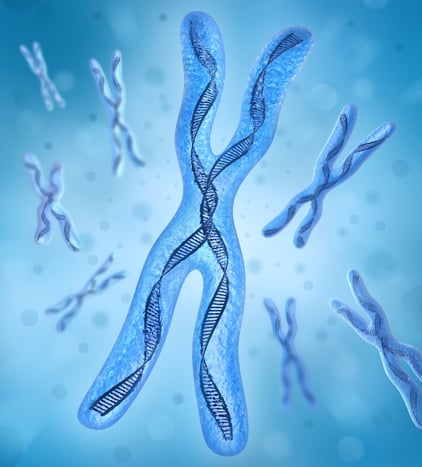 according to a panel convened recently at the Milken Institute Global Conference.

Moderated by Francis Collins, director of the National Institutes of Health, the panel—made up of luminaries in geroscience research—gave the audience updates on recent promising studies. Among the most interesting—and slightly scary—research that is giving them reason to think that extending not only lifespan but also health span is within reach—and within a reasonable timeframe. It may not happen in the near future, but is definitely on the horizon.

From telomeres and mitochondria to senescent cells, mouse and primate studies have shown that umbilical cord blood extended the lives of mice, while Metformin, a diabetes drug that’s been around for a decades, has been shown to prevent the onset of diabetes and cardiovascular disease, among other things.

According to Elizabeth Blackburn, Nobel Laureate and president of the Salk Institute, targeting and minimizing the “big killers of humanity” (the diseases that often come with aging) is the key to extending health span. “The conditions we die of, we really care about those, because these affect our health span,” she said.

The National Academy of Medicine is so committed to finding the key to extending the health span it has created an initiative around it. According to the group’s website, the Longevity Grand Challenge is aimed at inspiring and incubating “transformative ideas through challenge prizes and awards, expert guidance, a roadmap for policymakers and public engagement.”

So how does all this relate to aging services? There are obvious correlations, such as how much longer such breakthroughs will extend human lifespan and its impact on health care systems and housing, of course. It is worth noting, however, according to one scientist, when the time comes, humans will likely get about two additional years out of it. That century-long lifespan may still be reserved for those with the right genetics but the science and research seems to be inching closer to it.

While there are some very interesting discoveries that point to “hacking the aging code,” the panelists also made note of the fact that good old-fashioned exercise, diet, and genetics still play a large role in human longevity.

If you want a focused approach to figuring how health longevity affects your business— facilitated by experts in the senior living field—contact Quantum Age today.

END_OF_DOCUMENT_TOKEN_TO_BE_REPLACED

Will Senior Housing Be Affordable and Meet the Design Needs of Older Adults?

Confidence in the 55-plus housing market and continued spending growth among baby boomers in the remodeling industry are painting a rosy picture of the future of the longevity economy. But will builders, remodelers, and contractors create affordable and accessible housing that is appropriately designed? 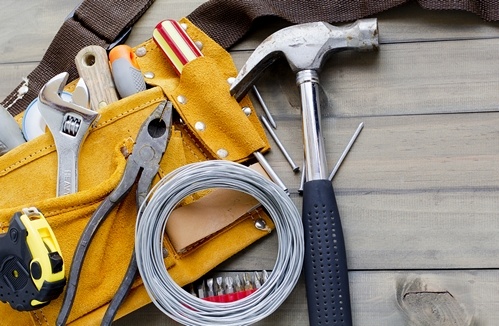 Before we get to that, let’s examine the evidence. There are many factors contributing to this positive outlook, including two recent reports: One is the 55+ Housing Market Index (HMI), published by the National Association of Home Builders, and the other is the Demographic Change and the Remodeling Outlook report from the Harvard Joint Center for Housing Studies.

The first report proclaims that builder confidence in the single-family 55-plus housing market was high for the second quarter of 2017. Builders registered a confidence level of “good versus poor” (above 50) for the 13th consecutive quarter, according to a press release. What’s more, four indices that track production and demand of 55+ multifamily rentals posted gains in the second quarter: Present production rose three points to 53, expected future production climbed eight points to 52, current demand for existing units increased two points to 66, and expected future demand rose five points to 67.

Even more interesting than the builder/developer outlook is the Harvard Joint Center for Housing Studies report, which asserts that in addition to baby boomers leading home improvement spending for the past 20 years, “older homeowners will continue to dominate the remodeling market as they make investments to age in place safely and comfortably.”

Indeed—the residential remodeling market, which includes spending on improvements and repairs by both homeowners and rental property owners, reached an all-time high of $340 billion in 2015, surpassing the prior peak in 2007. And homeowners age 55 and over are expected to increase spending in remodeling by nearly 33 percent by 2025, the report predicts. Put another way, the share of market spending by this cohort is projected to reach 56 percent by 2025, up from only 31 percent in 2005.

While these projections and predictions are heartening, will fever for the longevity economy keep up with the need for affordability, access, and appropriate design? To that end, a QA blog post from last December outlines another Harvard report finding that only 1 percent of the current U.S. housing stock offers the five design elements that would allow older adults to live comfortably. Those design elements include the following: zero-step entrances, single-floor designs, wide halls and doorways, electrical controls reachable from a wheelchair, and lever-style handles on faucets and doors. The report also notes that “public investment and private sector efforts to expand access to affordable in-home supportive services will be critical going forward.”

There you have it. Let’s take some steps now to make housing accessible, affordable, and livable for older adults.

If you would like to take lead on housing access, design, and affordability for seniors and also raise your profile within the longevity economy, contact Quantum Age today.