A new report from AARP is taking the long view on the longevity economy with its astute observation about Gen Xers and Millennials. By 2050 these cohorts will join the 50-plus age group. 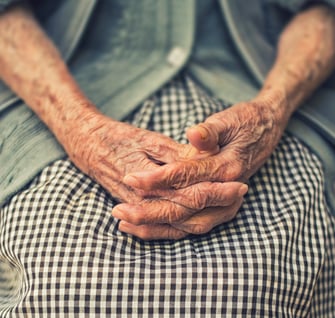 This of course is not rocket science—you can do the math. The point is that the opportunities driven by these groups, including the products and services they purchase and the additional economic activity this spending generates will extend into the latter part of this century.

In other words, the longevity economy and the opportunities it presents will be around for a very long time.

Today, the 50-plus cohort is comprised of approximately 35 percent of the U.S. population, and it crosses four generations:

Titled “The Longevity Economy: How People Over 50 Are Driving Economic and Social Value in the U.S.,” the report notes that the number of adults age 50 and older is projected to grow by 45 percent between 2015 and 2050, while the under-50 population will increase by just 13 percent. As a result, the 50 and older crowd’s share of the total population will reach 40 percent.

“As the size and productivity of this cohort increases over time, so will the economic returns,” the report states. That’s a big deal—a very big deal. Here are some more stats about the 50-plus age group that underscore the enormity of this group’s impact:

Notable in the report is that, while white people now make up the majority of those in the longevity cohort, immigration and birth rates by race and ethnicity will change this picture in the coming years. According to the U.S. Census Bureau, by 2050, Black, Hispanic, Asian, and other non-white groups will make up 45 percent of the 50-plus cohort, compared with 26 percent in 2015.

Also interesting is AARP’s analysis of the Internet of Things (IoT), which is defined as “the network of connected, electronic devices able to transmit data in real time—and its transformative potential, offering a new market opportunity, social benefits and cost savings.”

AARP asserts that even within the context of IoT, there is a major market opportunity in the challenge of providing high-quality healthcare at a lower cost. According to the report, venture capitalists invested some $18 billion in start-up healthcare businesses in 2015—a 350 percent increase from 2010. These investments range from coordinating care services and improving clinical workflows to mobile health care, smart homes, “ambient assisted living” and the use of big data analytics.

Whatever the product, solution, or service you offer within the longevity economy, Quantum Age Collaborative is dedicated to helping create innovative and unique solutions that tap into this opportunity to meet consumer demands in new and relevant ways.

If you want a focused approach, facilitated by experts in the senior living field and honest feedback, contact Quantum Age today.