A Global Perspective on Aging & the Longevity Dividend

When The Economist covers your issue you know it must be a big one. It seems as though the rest of the world continues to catch onto the fact that there is a growing cohort of older adults around the globe, 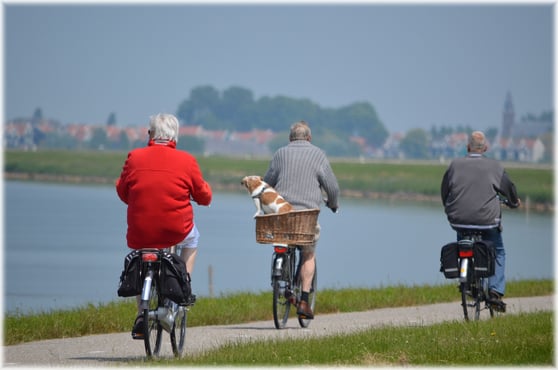 mainstream media is beginning to ponder the collateral issues and recognize that there are legit news stories to be told.

So it is that The Economist recently published a special report, the title of which is descriptive enough: The New Old. It examines many of the same issue that those of us in the longevity field have already deconstructed and analyzed several times over. However, it also sheds light on some of them from new angles, including a much more global perspective, which is refreshing.

The paper covers the future of work, finance, technology, and dating for older adults. It also posits that the “longer, healthier lives that people in the rich world now enjoy (and which in the medium term are in prospect in the developing world as well) can be a boon, not just for the individuals concerned but for the economies and societies they are part of.”

The key to unlocking this longevity dividend, the authors assert, is to “turn the over-65s into more active economic participants.” Herewith is a sampling of topics covered in the report:

Work: It’s no surprise that older workers are delaying retirement and staying in the workforce longer. The report examines the work ethic of baby boomers, their use of the gig economy, and their entrepreneurial spirit. As the authors note, people between 55 and 65 are now 65 percent more likely to start up companies than those between 20 and 34. In Britain, 40 percent of new founders are over 50, while almost 60 percent of those 70 years and older who are still working are self-employed.

Finance: The longevity of our society means that retirement accounts, pension funds, and savings are at much higher risk of being depleted before its beneficiaries die. And in Europe, public pensions are still the main source of income for those over 65. What’s more, in both America and Britain public provision replaces around 40 percent of previous earnings, but in some European countries it can be 80 percent or more, the report says. “Where it makes up a big share of total pension income, as in Italy, Portugal, and Greece, a shrinking workforce will increasingly struggle to finance a bulging group of pensioners.” Defined benefit plans are much more popular today as a way to offset the bleeding private pension schemes. Given this new societal conundrum, the authors assert that the financial industry needs an overhaul. First, they suggest that it should “update the rigid three-stage life-cycle model on which most of its products are based.” Second, there needs to be a solution to the chronic under saving during working life and over saving during retirement. Third, the report suggests that a more creative approach is needed to the range of assets that pensioners can draw on. Making matters more complicated is the fact that the longer people live, the more varied their life cycle will become. “Workers will take breaks to look after children or go back to school; pensioners will take up a new job or start a business.” Financial providers need to recognize these changing needs and address them, the report advises. “That includes helping to fund technology that could vastly improve the final stage of life.”

Technology: Tablets, remote sensor technology, smart homes, and more all hold promise for elders as the numbers grow. But funding mechanisms will be needed, especially for those less able to pay for the technology outright. The authors suggest that both the government and insurance companies may consider taking this on, especially since they have much to gain from prevention.

In conclusion, the report conjures up concerns about human longevity and suggests that if technologies, research, and new treatments keep up and are not soon addressed, “it could prove highly disruptive.” According to the authors, economies could suffer, social tensions could erupt and progress on gender equality might be reversed as many more women were obliged to become caregivers for elders.

To avoid this dilemma, the authors say, societies and economies must start in earnest to prepare for those longer lives right now. No kidding.

If you want a focused approach to your strategic decisions, facilitated by experts in the senior living field and candid feedback, contact Quantum Age today.