FYI: most people who are now between 57 and 61 will experience short stays in skilled nursing facilities (SNFs). Yes, you read that correctly. According to new research from the RAND Corp., 56 percent of people within this age range will stay in a nursing home at least one night during their lifetime.

Why this isn’t getting more ink in the industry press, I don’t know, but the research asserts that the average American’s lifetime risk of needing SNF care is 60% greater than previously estimated. The U.S. Department 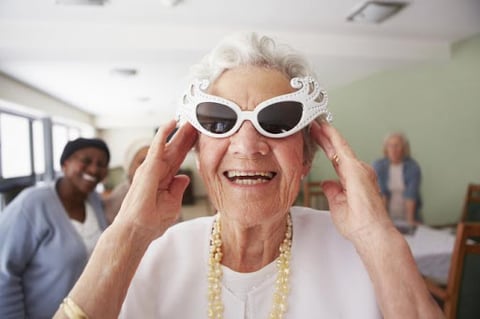 of Health and Human Services has previously estimated that only 35 percent of older Americans are likely to use a nursing home in their later years, and other studies have concurred with this finding.

Although the costs of the stays are expected to be “relatively affordable,” the RAND researchers expressed concerned that consumers be informed of their findings so they are prepared. But their message is also an important eye opener (and opportunity) for LTPAC operators.

To get to their conclusion, the researchers analyzed 18 years of data from the Health and Retirement Study, a longitudinal project of the National Institute on Aging and the Social Security Administration. They found that for most people, “nursing home care will be relatively affordable—about $7,300 per person over a lifetime.”

Also interesting about the finding is the fact that some 43 percent of Americans between 57 and 61 will be completely covered by private or public insurance for their nursing home stay, while about one-third will spend any of their money on nursing home care over their lifetimes.

What’s the reason behind this revelation? According to RAND, the cause could be the shift to shorter stays. The study found that nursing home stays of short duration (21 nights or fewer) rose from 28 percent in 1998 to nearly 34 percent in 2010.

In the release, head researcher on the study, Michael Hurd, posited that the increase may reflect efforts to control Medicare and Medicaid costs by more quickly discharging patients from hospitals to nursing homes, where rehabilitation costs are lower.

While the opportunity here for LTPAC operators is apparent, experts who have recently weighed in on the outlook for this segment point to the fact that CMS is on track to ensure that 50 percent of fee-for-service Medicare payments be made through alternative payments models by the end of 2018. Providers who have learned to adapt to this new climate and take on risk through bundled payment initiatives, accountable care organizations, managed care models, among others, will likely be better off in the long run.

If you would like to raise your profile and tap into the longevity economy, contact Quantum Age today.