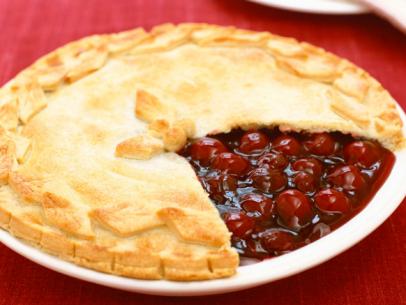 nts, according to the latest troubling results from the program’s trustees report. Published two months ago, the report was mostly ignored in the news cycle as the world focused on the fallout from the United Kingdom voting to exit the European Union (aka the Brexit vote).

According to the report, an aging population and longer-living enrollees are increasing per-enrollee healthcare costs that will not keep pace with the program’s funding sources. The trustees are calling on policymakers to act with urgency to shore up this essential program, stating that “such legislation should be enacted sooner rather than later to minimize the impact on beneficiaries, providers, and taxpayers.”

Although physician payment updates and new incentives established by the Medicare Access and CHIP Reauthorization Act of 2015 (MACRA) led to more significant physician payment issues than would have resulted from the sustainable growth rate (SGR) approach, these additional payments are scheduled to expire in 2025. In their report, the Trustees anticipate that the physician payment rates will be lower than they would have been under the SGR formula by 2048. If subsequent legislation is not passed to correct the problem, the Trustees anticipate that “the availability and quality of health care received by Medicare beneficiaries would, under current law, fall over time compared to that received by those with private health insurance.”

According to a Medscape Medical News survey, four of 10 physicians in solo or small group practices say the new MACRA payment system will lead to many physicians dropping out as Medicare providers because of what the survey notes as “punishing penalties.”

Furthermore, the Trustees predict that the depletion date for the Hospital Insurance (HI) Trust fund of Medicare—known as Medicare Part A and helps pay for SNFs—is 2028, two years earlier than in last year’s report.

For the past five years, the Centers for Medicare & Medicaid Services (CMS) Chief Actuary Richard Foster reported that MACRA’s Medicare provider payment cuts would make hospitals and other Medicare Part A healthcare providers unprofitable and “jeopardize” seniors’ access to care. The report states that Foster claims “by 2040, simulations suggest that approximately half of hospitals, 70 percent of SNFs, and 90 percent of home health agencies would have negative total facility margins, raising the possibility of access and quality of care issues for Medicare beneficiaries.”

So what can SNFs do to preserve their profits if they chose to stay with Medicare? They can embrace alternative payment options such as bundling models, the virtues of which are discussed in a previous post.

SNFs should also prepare for CMS’ value-based purchasing model, which will commence in October 2018 with the SNF Readmissions Measure (SNFRM). The SNFRM is an all-cause rehospitalization measure, which means that any admission directly to a hospital from a SNF will count regardless of why it happened. Readmissions will be tracked within 30 days of discharge “from a prior proximal hospitalization.” Part A rates will then be cut (or not) at up to 2 percent for one year, based on a SNF’s rehospitalization scores.

Although the model does not take effect until 2018, CMS will look at rehospitalizations beginning this January until December 2017. There are myriad resources and tools available to SNF providers to help reduce hospital readmissions. Taking advantage of them may be one of the most important things a SNF can do to prepare for the coming Medicare payment reduction storm.

In addition, MedPAC proposed to Congress an alternative payment concept in a March 2016 report that calls for a unified PAC prospective payment system to replace the current fee-for-service system. A similar SNF-bundled PAC payment legislation is being advocated by the American Health Care Association, which claims that Medicare would receive $1 billion in expected savings over the next 10 years.

Medicare funding may be dwindling faster than expected, but preparation now is key. Embracing alternative payment models, reducing hospital readmissions, and embracing the longevity economy should be high priorities if you want to claim a piece of shrinking Medicare pie.